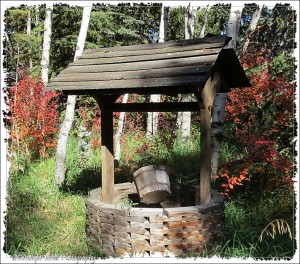 When I find ideas that speak to me, but I’m not ready to blog about them,  I save them on my Fueled by Chocolate ‘Well of Lost Thoughts’ Page.  Here are a few more thoughts that I’ve lumped together simply because they all start with the letter ‘C’!

For more posts is this series, click on Lost Thoughts.

The letter ‘C’ can be dangerous. It is the first letter of many words that represent things that can harm or kill people.

Cigarettes: According to the  CDC (Centers for Disease Control and Prevention), fewer American Students and Adults are smoking each year. In 1965, 42 percent of the population were smokers, compared to 20 percent in 2009. Worldwide, though, one in three adults are smokers (The World Bank Group). Smokers have a greater incidence of developing many maladies, such as: cancers of the mouth, throat and lung; pulmonary diseases;  heart disease and stroke; and cataracts. It is estimated that smokers die 10 to 15 years younger than non-smokers, and of course, a smokers last few years on earth might not be very pleasant.

Cell Phones:  The number of cell phone users continues to rise. In 1995, 11 percent of the American population were wireless subscribers (CTIA). By 2010, this had increased to 93 percent. Cell phone use has not yet been linked to any medical malady, though many people are concerned that electromagnetic radiation might pose some danger to the contents of the users head. Cell phones do, however pose other risks, not the least of which is the risk of accidents when cell phones are combined with driving. People aren’t particularly good at talking and driving.

Note that Cigarettes and Cell Phones have a few things in common. They both come in rectangular packages that fit in the palm of your hand. They both annoy the people who are standing near the user. They both can be addictive, and careless use can be hazardous to health.

Coke, of the Cola variety: In 1988 the average American consumer drank 275 8-ounce drinks of Coke per year. In 2008, consumption had risen to 412 drinks per year. (The PBH Network). The increase in consumption of soft drinks has been accompanied by the decrease in consumption of milk. Milk consumption per capita peaked in 1945 at 45 gallons per person. By 2001 it was just under 23 gallons. (United States Department of Agriculture). Nutrition experts are concerned that children are using soft drinks instead of milk as the beverage of choice. As one expert observed,

Make no bones about it, soft drinks are taking over. If the soda industry has its way, kids will be pouring Coke over their Count Chocula.

Nutritionally, coke contains nothing of value. What it does contain – sugar, caffeine, and phosphoric acid – can have adverse health implications for both children and adults. Milk, on the other hand,  has most of the nutrients that your body needs to carry out its daily functions.

Coke, the drug variety: In 2008, almost 15 percent of the American population had tried cocaine at least once. (National Institute on Drug Abuse). The number of regular cocaine users, however, has steadily declined since 1985. The dangers of this drug, and all the other ones like it, don’t bear repeating here.

Cars: Apparently 95% of American households own cars. Cars in themselves aren’t all that dangerous, but once someone gets behind the wheel, all manner of things can happen- accidents and pollution are the first ones that come to mind.

Cancer, Cardiac arrest, Celiac disease – there are hundreds, if not thousands of medical conditions that start with the letter ‘C’ – but I’ve run out of enthusiasm for tracking down the statistics!

As if these strikes against the letter aren’t enough, think about how difficult the letter ‘C’ can be to pronounce!

Think about these words: cease, coin, chic, indict, and discrepancy. In this string of terms, C sounds like S, K, Sh, and in one case it’s silent. Even within one word this letter doesn’t always maintain the same sound.
The fickle nature of this letter did not please everyone. As American English grew in the 1700s, Benjamin Franklin campaigned to remove C from the alphabet altogether, though his efforts did not gain much traction.
– From The Curious Chronicle of the Letter C –