If you feel the urge, don’t be afraid to go on a wild goose chase. What do you think wild geese are for anyway?
– Will Rogers

Three little stories in one – encounters with a Coyote (Canis latrans), a Goose (Branta canadensis) and Flat Stanley (Homo sapiens charta plano). I suppose I could write three different posts, but these meetings all happened on the same day, so I’ll deftly wrap them up into one tale. Maybe.

We often see coyotes, off in the distance, in the field behind our house. We have never seen one inside the fence – the fence that is supposed to keep cat eating canines out of our back yard. 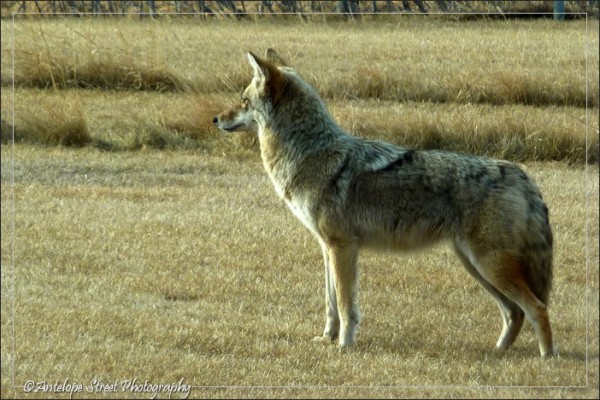 So, we were just a bit surprised to see this fellow on our side of the fence, pacing back and forth, looking for a way out. He must have jumped the fence to get into the yard, but he seemed to have forgotten that he would have to jump the fence again in order to regain his freedom. (In all fairness, this coyote could have been female, but this behaviour seemed to me to be more indicative of a young male whose mom had said, “Never, ever jump that fence. A cranky gardener lives in there.”

There are three large gates in the fence, but the coyote was between me and two of the gates. Before I could get the third gate opened, I heard the sproing sound that a chain link fence makes when it has been scaled. When I turned around, the coyote was over the fence, and hightailing it out to the field.

Later in the day we went to the Zoo. Many of the animals there live in habitats that are so large that it is often difficult to see the animals at all.  Not like looking at a coyote in my back yard, for sure! 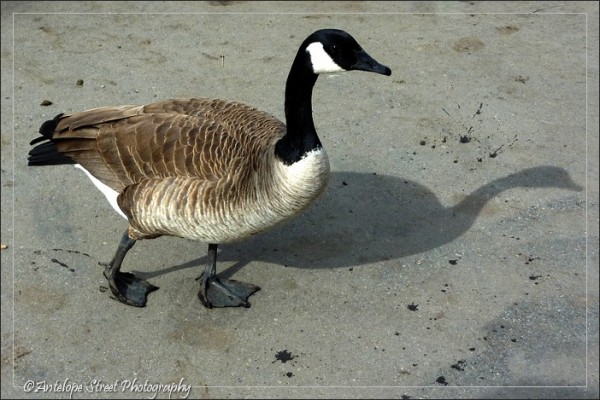 Like many places in North America, the Zoo has also become a habitat for the Canada Goose. The geese aren’t inmates – they just like the easy living at the zoo.   Rather ironic, don’t you think? 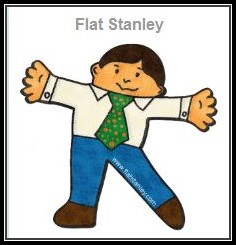 As we were leaving the Zoo, a lady approached me and asked where I got the Zoo button on my lapel. I explained that I had been given it because I had just renewed my Zoo membership.   The lady looked disappointed – she had hoped she could buy a pin to put on the jacket of the ‘Flat Stanley’ she and her grand daughter had brought to the Zoo! (The Flat Stanley Project is a modern version of having a pen pal. It connects children, students or classrooms with other children or classrooms by sending out “flat” visitors, created by the children. Flat Stanley’s travels create the narratives that connect the children.)

I was so excited about meeting a real Flat Stanley, that I forgot to take a picture! But I did give the lady my pin so that Flat Stanley would have a memento of his trip to the Zoo.

27 thoughts on “Coyotes, Geese and Flat Stanley Goes to the Zoo”