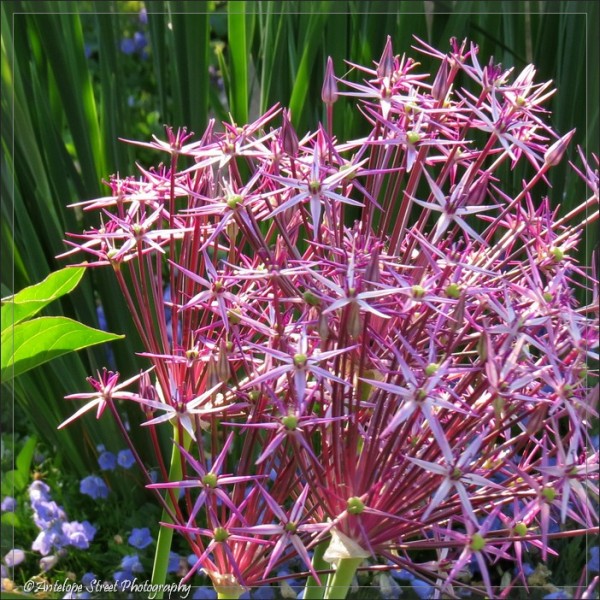 Digital Marble (Amazing Circle) made from a photo of an Allium flower.

I’m in Arizona this morning. It is springtime here and the first blooms have appeared on a few bushes. By this evening I will be back in Alberta. It has been a mild winter, but if anything in my yard has been fooled into thinking it is spring, it is sadly mistaken!

I’ve chosen the Mountain Ash tree at The Red House to show you the seasons in Alberta – which are summed up as follows:

In Canada we have: Six months of winter, and six months of poor sledding. These can be broken down into: almost winter, winter, still winter and road construction season. To be more specific, the four seasons are: June, July, August and Winter.
– Author Unknown –

Here are the photos and quotes that explain the seasons: 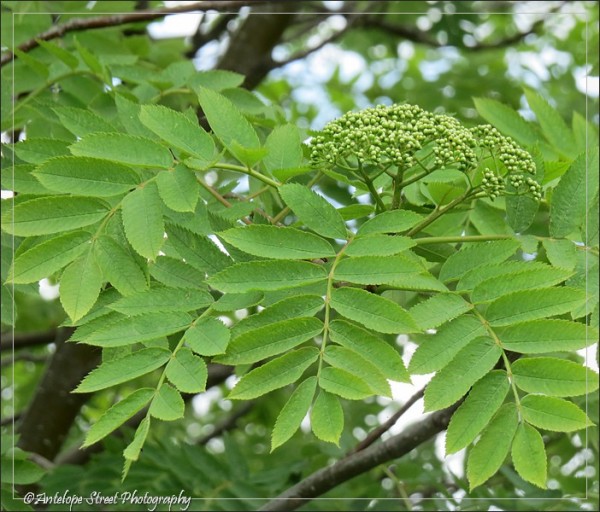 The principal function of March is to use up the winter weather that wouldn’t fit into February.
– Doug Larson – 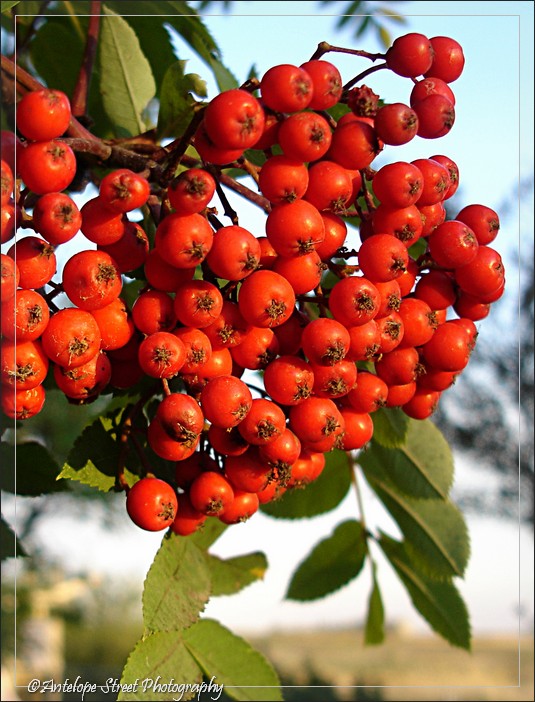 Autumn is a season followed immediately by looking forward to spring.
– Doug Larson –

The problem with winter sports is that – follow me closely here – they generally take place in winter.
– Dave Barry –

What season are you enjoying (or not enjoying) right now? Do you have a favourite season?

There are not too many fables about man’s misuse of sunflower seeds.
― Richard Brautigan, The Tokyo-Montana Express – 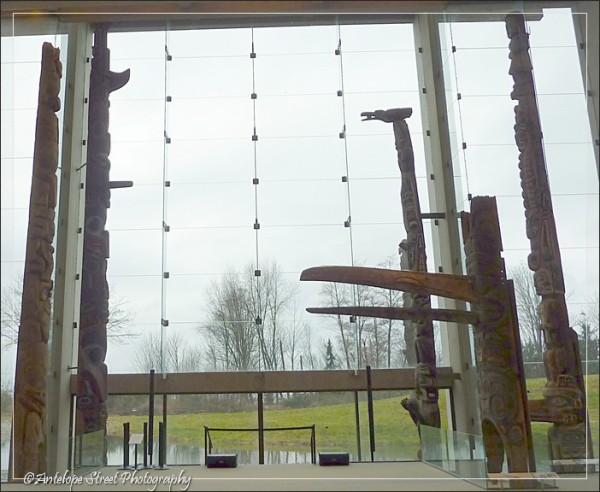 I love big, bold Sunflowers. Here I’ve asked one of them to Imitate works of Art.

“Like when the Orchids in the ditch pretended to be the “Old Masters“, my sunflower asked?

“Yes”, I replied. “Much like The Mona Orchid by Margio da Antelope Street and Someone’s Mother by Margy (a Whistling Bird is nearby). Pose for me, sunflower, and I will use some digital magic!

The Sunflower if painted by a pointillist artist working in cube shapes.

The Sunflower as photographed against dark clouds.

So, do you think my Sunflower looks like a piece of art?

How time has changed!  When I was young, a clock had hands and you learned how to ‘tell time’. We had only a few clocks in our house. One was in the kitchen, and I suppose there was an alarm clock for my parental units (but I don’t remember ever hearing it ring.) I didn’t really pay attention to what time is was. Grown-ups did that for me. I just did what they told me to do when they told me to do it – mostly. If no one was telling me where to be or what to do, I let the sun and a rumble in my stomach guide me.

Today we are surrounded by clocks. They reside in every conceivable appliance. This has a cost though – a microwave oven can consume more electricity powering its digital clock than it does heating food! Of course, most wall clocks are battery powered – but  how much do you spend on batteries in a year?

How many clocks do you have to reset when Daylight Saving’s Time rolls around? The Car Guy says we have more than 20 clocks at The Red House! I’ve been making it easier for him to find many of those clocks. I’ve gathered them up and put them onto “Clock Walls”. The only downside to this is that Segal’s Law comes into play – Margy with one clock thinks she knows what time it is. Margy with two clocks is not quite sure.

This wall of clocks is ‘Memories Time’ – one clock is a gift from a daughter, one that The Car Guy’s dad made, one from the Middle East, one we saved from the flood at the cabin, one from a good friend, and one that a craftsman made from a slab of wood.

This week, the WordPress Photo Challenge is Time.

Willys-Overland Motors produced the Willys Americar from 1937 to 1942 – either as sedans, coupes, station wagons or pickup trucks.

The coupe version is very popular with the hot rod set, and this beautiful 1941 Willys Custom Coupe wears vibrant metallic pearl and royal ruby pearl paint. With extensive chroming from front to back, this car sparkled under the lights at Barrett-Jackson Scottsdale in January 2016.

Willys-Overland’s biggest claim to fame is the famous 4×4 “Willys” which was chosen by the War Department as its light utility vehicle of choice. The “Jeep”, as it would become known, was based on the original Bantam design of the Willys company.

Have you ever taken a big ‘hit’ when you sold a car?