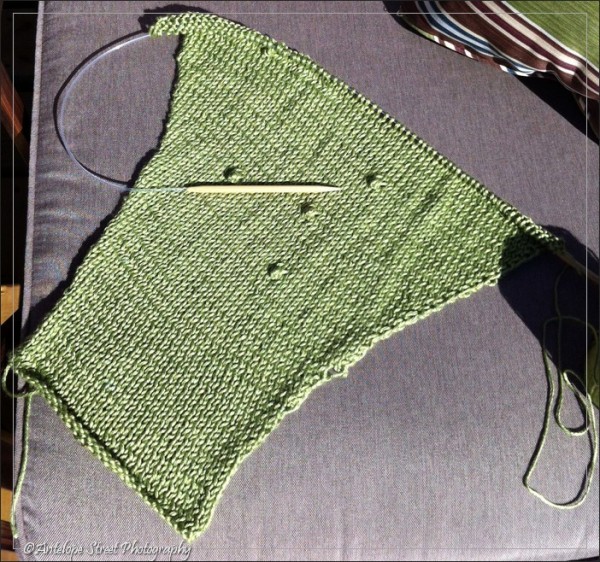 My children are knitters too. Eldest daughter likes to knit in her spare time. 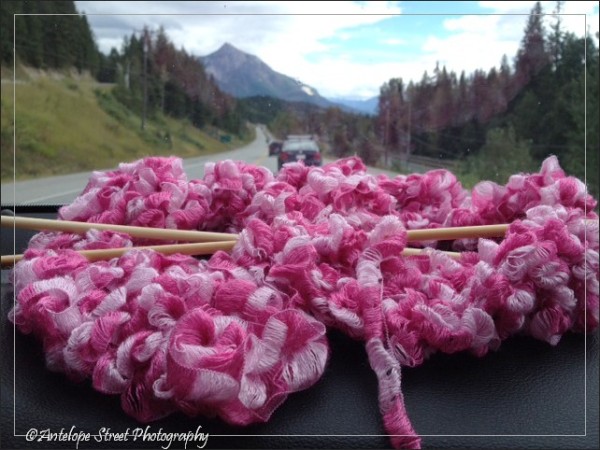 Middle daughter likes to knit too. She takes her knitting on road trips (like her grandma). Last I heard she couldn’t multitask – she has to watch the progress of each and every stitch very carefully. If she doesn’t, she ‘drops stitches’ which is a knitters term that means a stitch got lost about 6 rows ago. 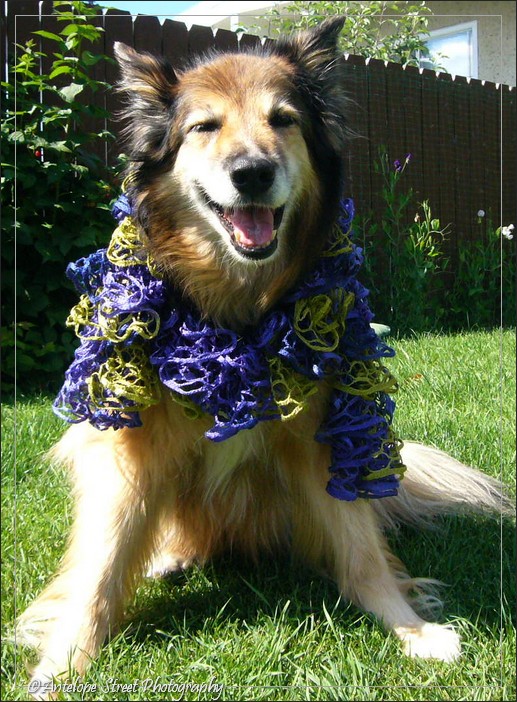 Youngest daughter knits, though I don’t think she has as much passion for that as she does for making lampwork glass beads. The dog is a good model for knitted scarves, but not so good for glass bead necklaces and bracelets. 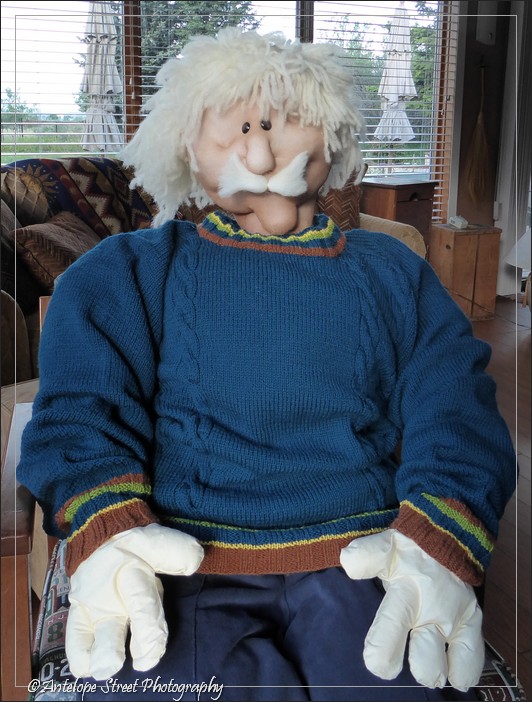 Me? If the love of knitting is passed down from generation to generation, it skipped mine. I don’t remember my mom even trying to teach me to knit. That task, which must have been an incredible challenge, was given to a no nonsense family friend, Norrie. Norrie tried to teach me European knitting and how to make Scottish Shortbread Cakes.

To Norrie’s and my credit, I did knit several sweaters. Bob, in the photo above, is wearing the first one I ever completed. I made it for The Car Guy while we were still dating. Bob has had the sweater on for just over an hour now, and that is the longest it has ever been worn. Enough said. 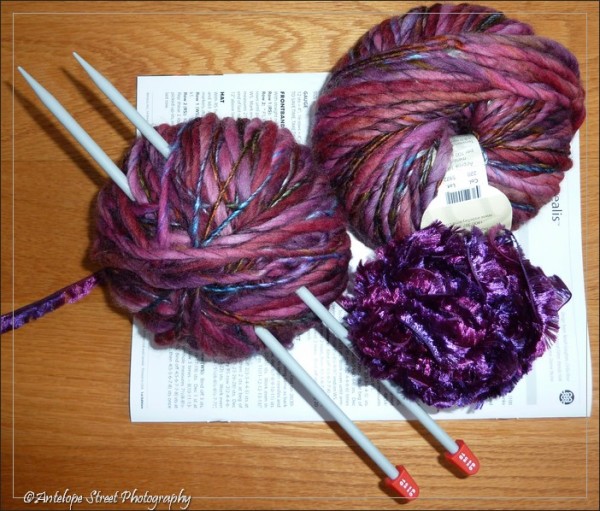 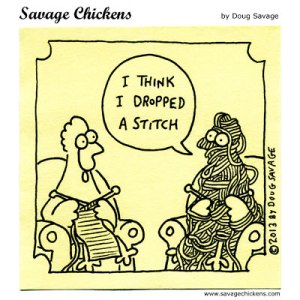 Over the years I did knit a few other things, but I can’t claim to enjoy it much. I like to buy wool, though. Sometimes I roll it into balls. Sometimes I even find a pattern and some needles. I might even think about knitting, but that is as far as I usually get!

Have you ever tried knitting? What do you like to do in your spare time?