January and February are the best time of the year for the car buffs in Arizona! This year The Car Guy went to Russo and Steele, Silver Auction at Fort McDowell and the Fountain Hills Concours in the Hills. He would have gone to Barrett-Jackson too, but got tired of trying to find a place to park.

This week’s WordPress.com Photo Challenge is A Face in the Crowd.

The Belchen (35 Km south of Freiburg) is a mountain in the Black Forest of Germany. The Belchen Cableway takes you up to scenic viewpoints and hiking trails.

In “post-fact culture”, where rationality seems to vanish in the storms of lies and conspiracy theories, beliefs about the future are crucial.
– Gapminder Data System –

Are you smarter than a chimp? Watch this funny, entertaining and encouraging video to see how your knowledge compares to the chimps at the zoo.

How much do you know about the world? Hans Rosling, with his famous charts of global population, health and income data (and an extra-extra-long pointer), demonstrates that you have a high statistical chance of being quite wrong about what you think you know. Play along with his audience quiz — then, from Hans’ son Ola, learn 4 ways to quickly get less ignorant.
– TED Talk by the Gapminder Founders – 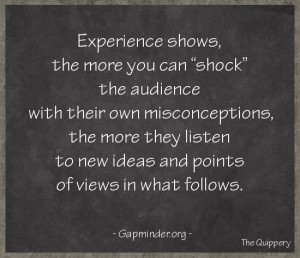 What facts surprised you or made you think more positively about the future of the world?

Wrongology – the study of what is ‘not right’ – not in conformity with fact or truth, not required, not intended, not fitting, not suitable, not appropriate; deliberately misleading.

I made this definition up for a word that is not in the dictionary. There is, however, an interesting TED talk by “Wrongologist” Kathryn Schulz who explains why we should admit and embrace our fallibility. (She also wrote a book: Being Wrong: Adventures in the Margin of Error.)

Kathyrn points out that the state of being wrong often feels exactly the same as being right. We feel good, (though we are puzzled as to why others don’t agree with us). We don’t attempt to understand why others disagree because if we are wrong, we won’t feel so good.

It is incredibly easy to be wrong in the age of biased mass media. I read a report last week that criticized our Canadian Prime Minister’s fiscal priorities  when he responded  to a disabled veteran at a Town Hall Meeting:

“I was prepared to be killed in action,” said Brock Blaszczyk, a former corporal who lost his left leg to a roadside bomb in Afghanistan. “What I wasn’t prepared for, Mr. Prime Minister, is Canada turning its back on me.”

Prime Minister Trudeau responded: “Why are we still fighting against certain veteran’s groups in court? Because they are asking for more than we are able to give right now.”

This report supported my previous opinions of the ‘virtue signalling’ fiscal choices of the Trudeau government. However, when I looked at less biased, more complete reports of this confrontation, Trudeau went on to say: “And what I know from veterans I’ve spoken to is nobody wants after having served their country with valour and honour and sacrifice to have their government say: Here’s your cheque. Now don’t bother us anymore.” The prime minister then defended the new system of providing compensation and support to veterans, which includes money for rehabilitation, job-training and caregiver support.

Two news reports, both right, but one that was kind of wrong (or misleading). I would have been wrong to believe the report that supported my bias, because there was more to the story.

Everyone and everything has flaws, and we’ll all make mistakes in life. If we learn to accept this, while also acknowledging the value of failure, we might finally become comfortable with uttering those three simplistic, yet complicated words: “I was wrong.”
– John Haltiwanger, Science Of Strength: Why Successful People Admit When They’re Wrong, Elite Daily, Feb 17 2015 –

I’ve lost track of how many times I’ve been totally wrong, partially wrong, or right but wrong. It is part of the journey of learning. What I learned about the Trudeau government’s approach to veterans doesn’t mean I would vote for him, but it makes me more cautious of the media I think is ‘right’.

When was the last time or most important time you said “I was wrong”?