The owlets ventured out onto a branch on May 27. Within a few days they were exercising their wings.

On June 1, wing flapping was more frenzied and occasionally one of them would even lift off the branch briefly.

One minute all three owlets were on their ‘home’ branch. Ten minutes later I checked on them again, and one owlet (the one on the left) had taken its first short flight. 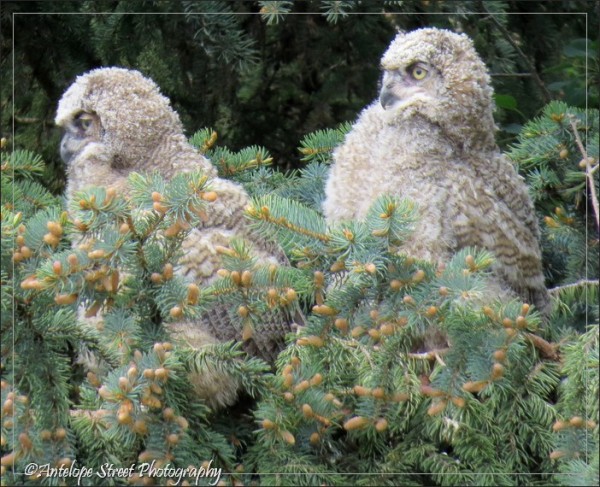 This seemed to take all of them by surprise. The two owlets that were left behind kept looking down at the third.

The third owlet spent a lot of time bobbing its head/body and looking back up at the other two. (These movements help the owl judge the position and distance to everything around it.)

June 3 – All three owlets have left the ‘home’ tree. When I find one, it is always in the NW quadrant of our woods – about an acre of aspen, willow and a lot of spruce trees.

June 7 – The same owlet as the previous photo?! I don’t know. They all look alike.

June 19 – found all three owlets in the same area. Two were together in one tree. 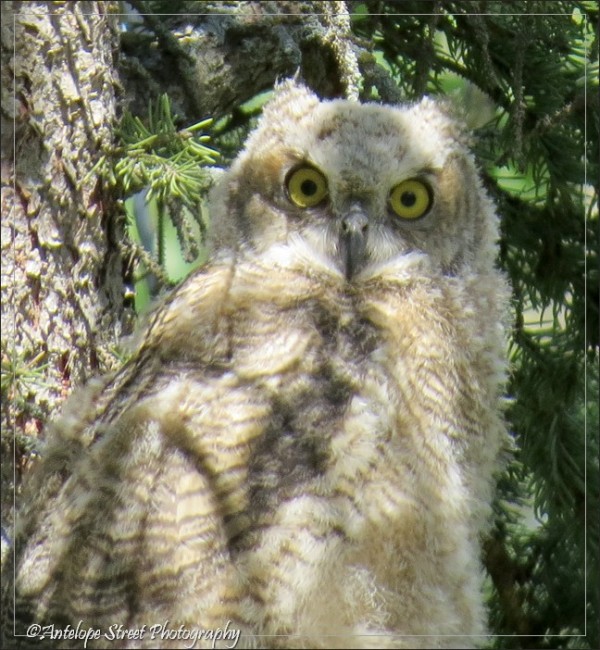 The third owlet was in a nearby tree.

June 28 – one owlet and one parent were in a new part of the woods. The owlet is flying well, though it lacks some grace when it lands on a wobbly branch. 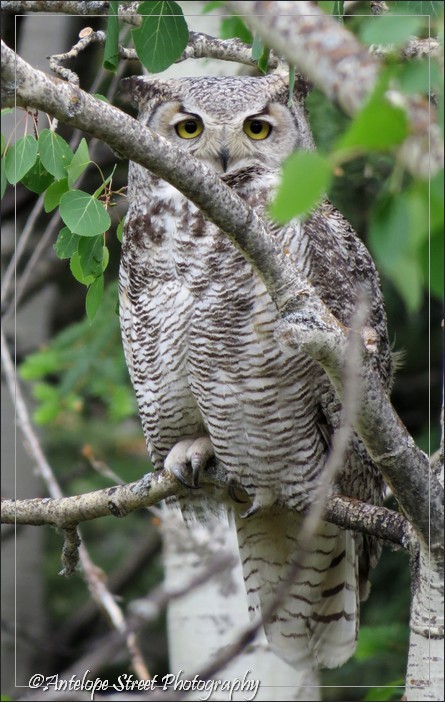 The adults are usually in the vicinity of the owlets. I often see them on an aspen branch at the edge of the woods. This is one of the adults.

The second adult was in a nearby tree.