When I find ideas that speak to me, but I’m not ready to blog about them, I save them on my Fueled by Chocolate ‘Well of Lost Thoughts’ Facebook Page. Here are just a few of the ones I have ‘rescued’ from there to share with you.

The Car Guy has more than just a Man Drawer – he has a whole Man Cave! 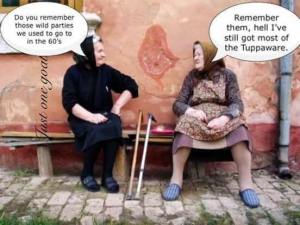 I had the square cake container and the lid finally cracked when it was about 25 years old. I contacted a Tupperware person and they got me a replacement lid – for free.

Tupperware advises that Vintage Tupperware (made before March 2010) is not BPA-free so should not be used for food prep or storage. It is, however, up to individuals to assess whether BPA is as big a health risk as the media made it out to be.

Health Canada’s Food Directorate continues to conclude that current dietary exposure to BPA through food packaging uses is not expected to pose a health risk to the general population, including newborns and young children. This conclusion is consistent with those of other food regulatory agencies in other countries, including notably the United States, the European Union and Japan.
– Health Canada –

And What Are Plastics Made From? OIL!

Canada – 2018 was dominated by the Oil Pipeline Story. It continues in 2019 and the fall out could affect two elections this year. Alberta could turn their backs on the Left wing NDP party, while Canada may turf out the Left wing Liberals. 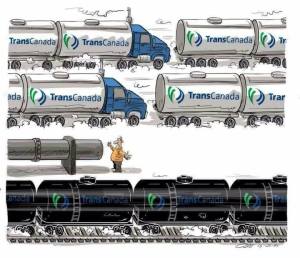 The issue is how to get Alberta’s Oil Sands product to market. Alberta wants to expand the capacity of existing pipelines and build new ones. They are not allowed to do this under today’s political climate. Until pipeline capacity is increased, oil is increasingly being transported by rail and truck, both of which are less environmentally friendly than a pipeline. 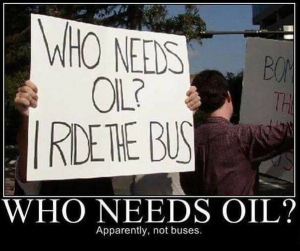 Environmentalists and activists, frequently funded by American money, have played a large role in blocking new pipelines. They have been highly effective in gathering public support and electing governments that support their anti-fossil fuel agendas. They live in a fantasy world…

What would happen to the US today if the fossil fuel industry went on a strike of indefinite duration? What would happen if we gave the environmentalists what they want? Instead of nibbling around the edges, what if we just went all the way? What would be the consequences if Atlas shrugged?
– What If Atlas Shrugged? By David Deming, February 7, 2013 –

The U.S. Army Corps of Engineers wrapped up its $1.1 million cleanup of the Dakota Access pipeline protest camps on federal land in North Dakota, hauling away 835 dumpsters of remaining trash and debris. The site, once occupied by thousands of environmental demonstrators, is now vacant.
– The Washington Times – 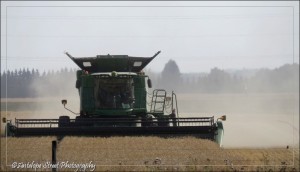 The World Record – a total of 303 combines were working all at once in a field of winter wheat south of Winkler in Manitoba in 2018.  This event raisies money for Children’s Camps International (CCI) through its Harvest for Kids event.

I bought an ant farm. I don’t know where I am going to get a tractor that small!
– Steven Wright –

Every Day is Nude Day with Nudinits

A lonely frog, desperate for some form of company telephoned the Psychic Hotline to find out what his future held. His Personal Psychic Advisor told him, “You are going to meet a beautiful young girl who will want to know everything about you.”
The frog was thrilled and said, “This is great! Where will I meet her, at work, at a party?”
“No” says the psychic, “in a Biology class.”

Experiences from ‘The Good Old Days’

When finding a new word, I tend to look it up before reading the rest of the written work to gain a full understanding. ‘Incel’ was such a word. After finding the definition in the urban dictionary, I couldn’t find the ambition to read the rest.
– Harold Sleeper –

Well to be perfectly honest, in my humble opinion, of course without offending anyone who thinks differently from my point of view, but also by looking into this matter in a different perspective and without being condemning of one’s view’s and by trying to make it objectified, and by considering each and every one’s valid opinion, I honestly believe that I completely forgot what I was going to say.
– Daniel Zimmerman –

Since 1982 the English Department at San Jose State University has sponsored the Bulwer-Lytton Fiction Contest, a whimsical literary competition that challenges entrants to compose the opening sentence to the worst of all possible novels. For example:

Knowing well the hand signals of his platoon leader, Private James Dawson silently dropped to the dirt, concealed and motionless for what seemed an eternity, a move that he had learned, coincidentally, from his parents whenever the Watchtower ladies would ring the doorbell.
– Peter S. Bjorkman, Rocklin, CA –

Categories: This and That