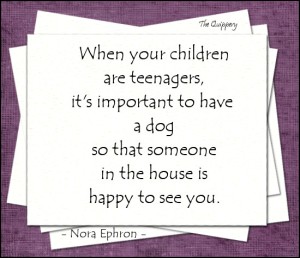 Nora Ephron (May 19, 1941 – June 26, 2012) was an American journalist, writer, and filmmaker. She is best known for romantic comedy films such as ‘When Harry Met Sally’ and ‘Sleepless in Seattle’.

Prior to her death she made a list called ‘What I Won’t Miss’. This included dry skin, email, dead flowers, the sound of the vacuum cleaner and small print. ‘What I Will Miss’ included her husband and children, spring, waffles, bacon, fireworks, twinkle lights, coming over the bridge to Manhattan and pie.

Above all, be the heroine of your life, not the victim.

Don’t buy anything that is 100 percent wool even if it seems to be very soft and not particularly itchy when you try it on in the store.

Freedom of the press belongs to the man who owns one.

If Sigmund Freud had watched Phil Donahue he would never have wondered what women want.

I have a theory that children remember two things – when you weren’t there and when they threw up.

I have been forgetting things for years – at least since I was in my 30s. I know this because I wrote something about it at the time; I have proof. Of course I can’t remember exactly where I wrote about it or when, but I could probably hunt it up if I had to.

I look out the window and I see the lights and the skyline and the people on the street rushing around looking for action, love, and the world’s greatest chocolate chip cookie, and my heart does a little dance.

I’ve always felt that one of the mistakes people make is that they try to do something that is just slightly beyond their skill set, and then feel they’ve failed.

My mother was a good recreational cook, but what she basically believed about cooking was that if you worked hard and prospered, someone else would do it for you.

Never marry a man you wouldn’t want to be divorced from.

Oh, how I regret not having worn a bikini for the entire year I was twenty-six. If anyone young is reading this, go, right this minute, put on a bikini, and don’t take it off until you’re thirty-four.

Some people pretend to like capers, but the truth is that any dish that tastes good with capers in it tastes even better with capers not in it.

…the amount of maintenance involving hair is genuinely overwhelming. Sometimes I think that not having to worry about your hair anymore is the secret upside of death.

When your children are teenagers, it’s important to have a dog so that someone in the house is happy to see you.

Why do people write books that say it’s better to be older than to be younger? It’s not better. Even if you have all your marbles, you’re constantly reaching for the name of the person you met the day before yesterday.

You enter into a certain amount of madness when you marry a person with pets.

6 thoughts on “Best of Nora Ephron”