Most people never get to see a moose in the wild. In contrast, in our neighbourhood it seems like just about everyone is talking about ‘their moose’ – the sightings are that frequent!

I recently watched a video from the CBC’s series The Nature of Things called The Incredible Things I’ve Seen while Following a Moose and her Calf for a Year.

A field naturalist, Hugo Kitching, spent 13 months tracking two mother/calf moose pairs  in Jasper National Park (Alberta) so he could document the dangers to moose calves in their first year of life. These mountain moose are in decline – death rates for baby moose are high. A year tracking moose in Jasper National Park is a short story of Hugo’s experience. It gives a further glimpse into the challenges Hugo faced in finding and following these majestic mountain dwelling animals (and avoiding the animals that make a baby moose’s life so dangerous.)

As I watched the video, I kept thinking how much easier it would be to do a similar study of Alberta foothills/prairie dwelling moose. Tracking the moose in our neighbourhood, for example, would sometimes be nothing more than walking out the front door. Other days the search for the moose might take longer, but it would be on mostly flat terrain that is never more than a mile from a road… it is easy to see why The Nature of Things never did a video called “Watching Alberta Prairie Moose is like Watching Paint Dry”.

Moose (Alces alces) colonized the Parkland Region of Alberta during the 1980s and early 1990s, and later colonized the Grassland Region by the early 2000s. They are not a declining species here because there are few areas with the major predators – wolves (Canis lupus), black bears (Ursus americanus), and grizzly bears (U. arctos). Cougars (Felix con-color) are also at very low density, although the abundant coyotes are a small but possible threat. Between 2001 and 2014, the provincial moose population increased ~25% from 92,000 to 115,000. (Status and Management of Moose in the Parkland and Grasslands of Alberta .)

One thing that I learned from the video: our mama moose will drive her calf away later this spring in preparation for giving birth to her next calf! Hard to say how far the calf will go, though, since there are already two other moose loosely associated with the mother moose – possibly her calves from the previous few years… but I’m just guessing.

Here are all the moose photos I’ve posted so far. 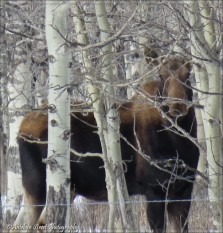 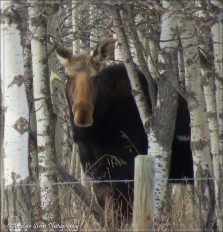 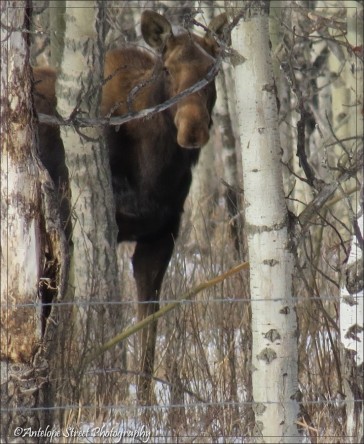 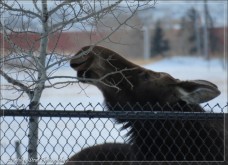 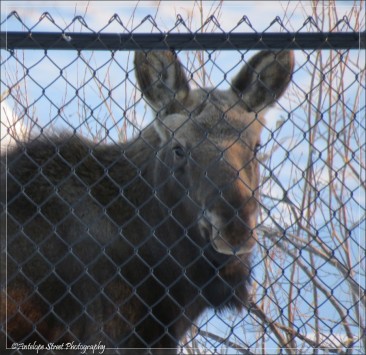 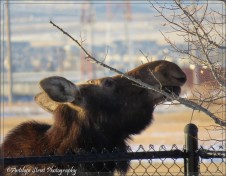 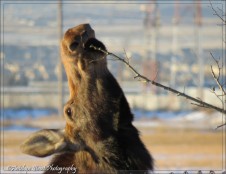 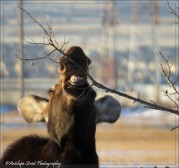 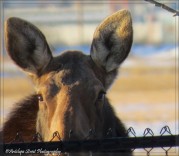 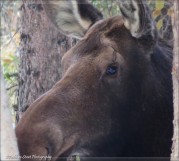 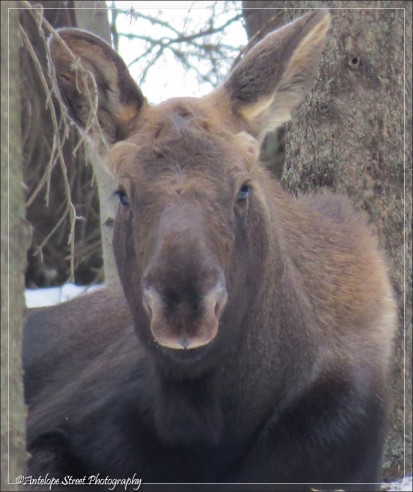 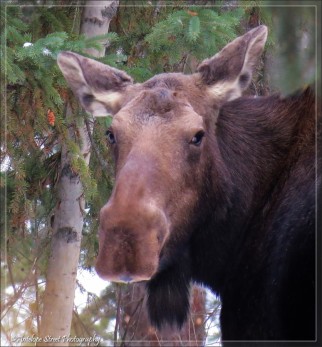 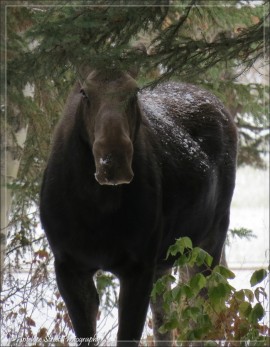 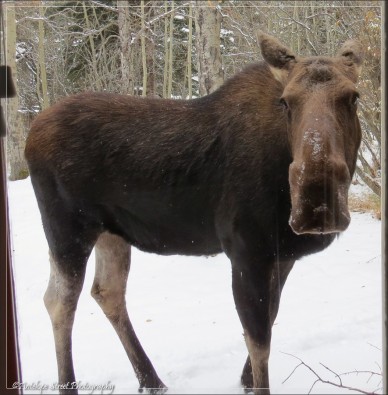 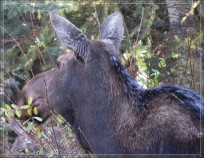 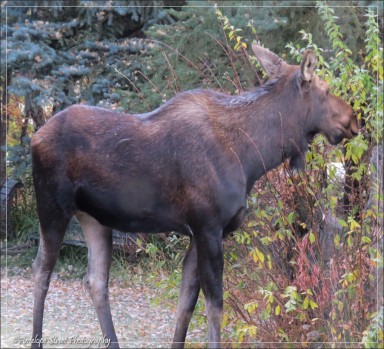 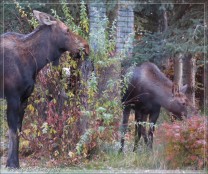 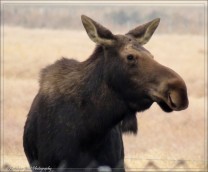 There are about 700,000 moose in Canada. That means there is one moose for every 54 Canadians ! Mostly moose choose to live where people don’t live, however…