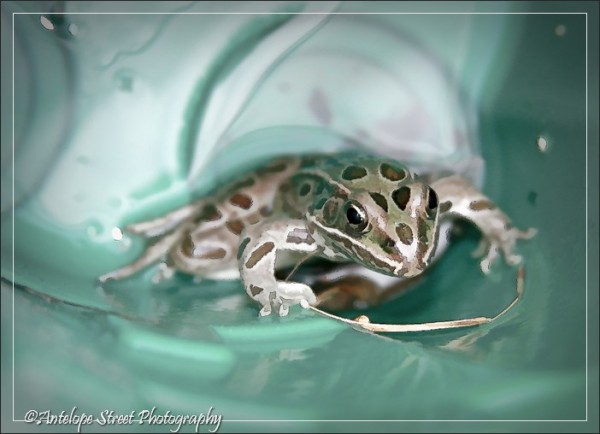 The Amphibian Notes
Name: Northern Leopard Frog
Species: Lithobates pipiens
Native to :  Canada and the United States. Only isolated populations in the southern grass and wetlands of Alberta. The grandchildren used to find them in the creek and the golf course water hazards near where our cabin was. Hard to say where the frogs ended up after the area was flooded out in 2013.
Date Seen: September 2009
Location: South Eastern Alberta near the Bow River

Notes: One of the largest frog species found in Alberta, they vary in size between 2 and 5 in (5-13 cm); green or brown in colour with numerous dark spots. Fairly easily caught by young boys – who release them a short time later.

Photos: Northern Leopard Frog in a bucket of water with photo filters applied in the program Topaz Studio: 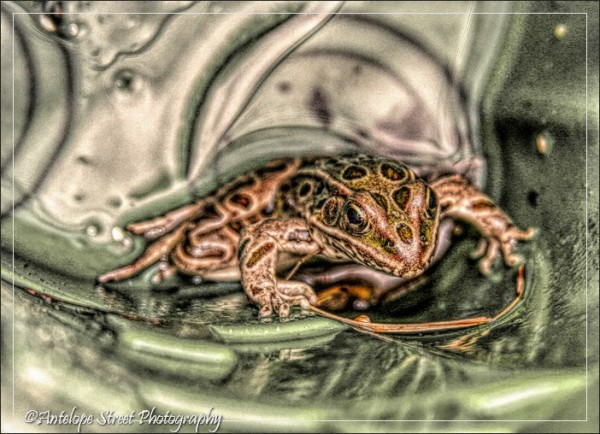