What the Snowmen know to be true:
A person is snown by the company they keep.
Boldly go where snowman has gone before.
Dance like snowbody’s watching.
Keep your ice on the prize.
Mother nose best.
Snowman is an island.

I don’t want Christmas season to end, because it’s the only time I can legitimately indulge in my particular addiction: glitter.
– Eloisa James – 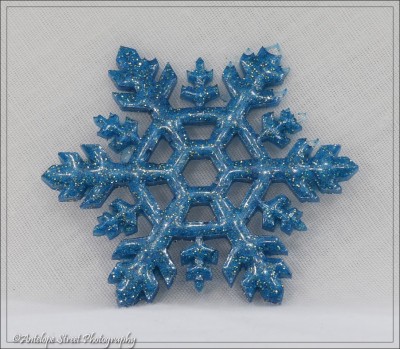 The Car Guy is a man of many talents – one of them is wood-working. Recently he has branched out into projects using pieces of wood inlaid with epoxy resin.

In order to keep down the costs of epoxy trial and error, he bought a few small molds to make snowflakes. Then he discovered glitter… We not only have enough glitter snowflakes now for a small avalanche, snowflakes have been slipped into every Christmas card we have sent out. Glitter has been added to epoxy drink coasters too.

I have fond memories of the Glitter phase that our children and grand children went through. They all grew out of it. I expect The Car Guy will too – until next Christmas.

I’d like to end this post by wishing you all a Very Merry Christmas and a Happy New Year.

If, like us, your government has decreed that you cancel any  ‘gathering of the clan’, I hope you find a way to make this Christmas a good one anyway.  You might want to consider purchasing some glue and some glitter.

Here are My Previous Christmas Tangles

Inspiration for this years tangle came from the Golda Rader blog.

I heard the bells on Christmas Day
Their old, familiar carols play,
And wild and sweet
The words repeat
Of peace on earth, good-will to men!
– Henry Wadsworth Longfellow – 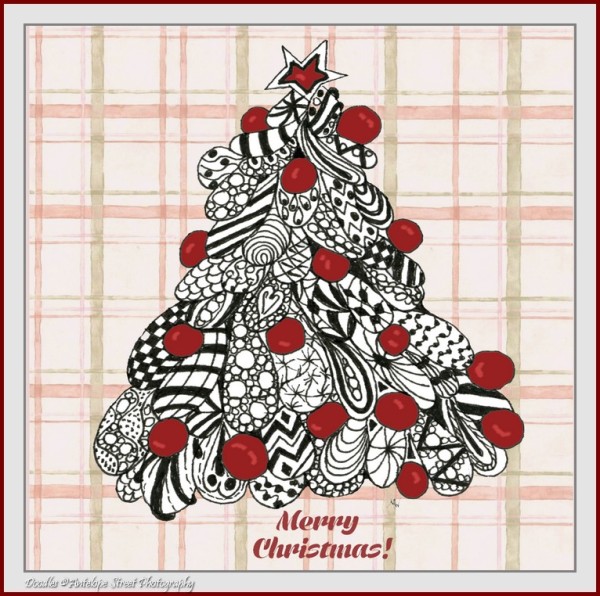 My very first Christmas Post: The Annual Christmas Letter. (This year I will mention that The Car Guy and I are observing our 50th Wedding Anniversary!)

Perhaps my best Christmas Story: Home – The LEGO Businessman and the Oranges

A Gallery of my Christmas Tangles:

May you never be too grown up to search the skies on Christmas Eve.
– Author Unknown –

Star light, star bright,
First star I see tonight,
I wish I may, I wish I might,
Have this wish I wish tonight.
– Author Unknown – 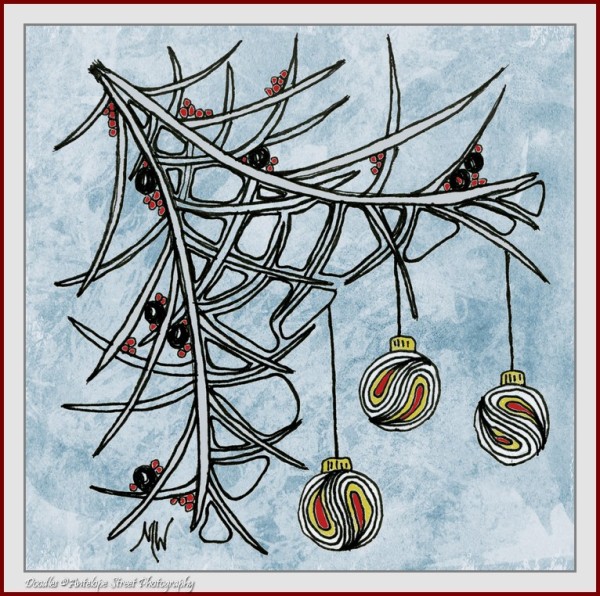 Christmas gift suggestions:
To your enemy, forgiveness.
To an opponent, tolerance.
To a friend, your heart.
To a customer, service.
To all, charity.
To every child, a good example.
To yourself, respect.
– Oren Arnold – 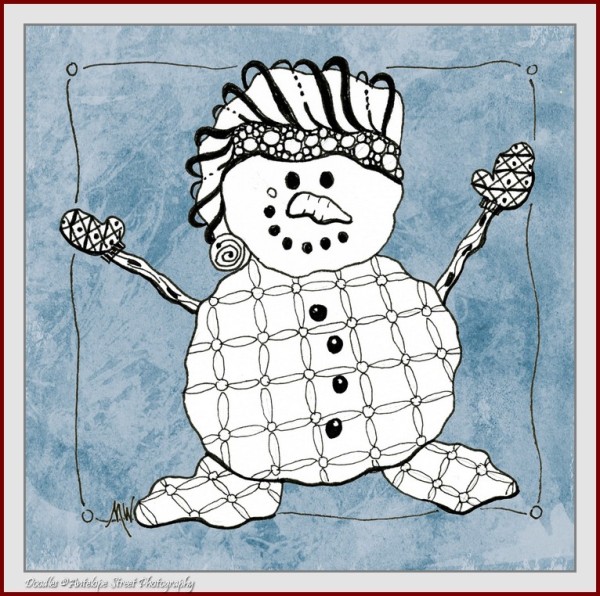 This holiday season, I wish you all the best gifts of life.
The gift of friendship,
the gift of hope,
the gift of love.
Have a Merry Christmas!
– Author Unknown –

In ancient times, a summary of our past year might have been reported thus:

And so it was that the quiet husband and his overly talkative wife were together in a compact carriage for three full days on a trip that would transport them from the far southern state of the USA to the Canadian province of their birth. On the first morning, the man was finally able to break into the conversation, and he said, “We have been fortunate this year to have been blessed by Ye Olde Insurance Company who partially compensated us for our losses in last years flood. I think we should spend that windfall on another water related issue that I have long thought we should address—leaking eavestroughs at the Red House.”

And his wife said, “Perhaps we could also get the fascia boards and soffits fixed too.” And  with that said, she spent many hours thinking out loud about colours and materials.

And so they drove on and eventually the quiet man broke in again. “I believe I have concluded an agreement with men more skilled than me to put up my ‘more than modestly sized metal shed’”. And his wife replied, “Do we have enough loonies to pay the contractor?” And the  man replied, “Yes, we do. We will use the insurance payout from the ‘one in a hundred year flood’ that our ark did not survive.” And the wife thought, “Perhaps I wasn’t aware of how large that insurance payout was…”

On the third day of the journey, the man said to his wife, “This summer I will paint the window trim, and we will both paint the house.” And the wife said nothing, for she was not enthusiastic about painting.

And it came to pass that when the man and his wife at last reached home, they discovered that a swarm of ungulates had descended on the pastures closest to their house and eaten everything that was green and everything that might have been green if it had been May or June instead of April.

And the woman said unto her husband, “I think the windfall should be spent on fixing the fence so that the hungry hoards don’t spoil my pasture ever again.”

On the second week back in the land of snow, the husband realized how many lifetimes it would take him to paint the window trim and the house, and so he summoned a painter. By and by, the roofer, the shed contractor, the fencer and the painter were hard at work and, since no renovation is ever as it seems, an asphalt crew was needed too.

For 81 days tradesmen came and went and music of dubious merit rang from all around, as earnest young men with boom boxes laboured to make the home like new again.

At long last, all but a few items were complete, and the man and his wife were pleased with the transformation. And the wife smiled as her husband pored over the books of records to figure out how to pay for having spent the windfall many times over.

In the land of eternal sunshine and scorpions and snakes, another house was being renewed. The same man and wife entrusted the initially simple job to a talented young contractor. It came to pass that this house also had some hidden deficiencies….

The project proceeded in as timely a manner as possible when 10 change orders occur. After 8 months of labor by earnest tradesman whose music was also of dubious merit, the job was nearly complete. And the husband again pored over those books of records and cursed the day he had taken on the task of ‘keeper of the household budget.’

PS: I started drawing something other than stickmen too, as you can see from my Christmas Card above.

How was your year? Got your Christmas cards in the mail yet?